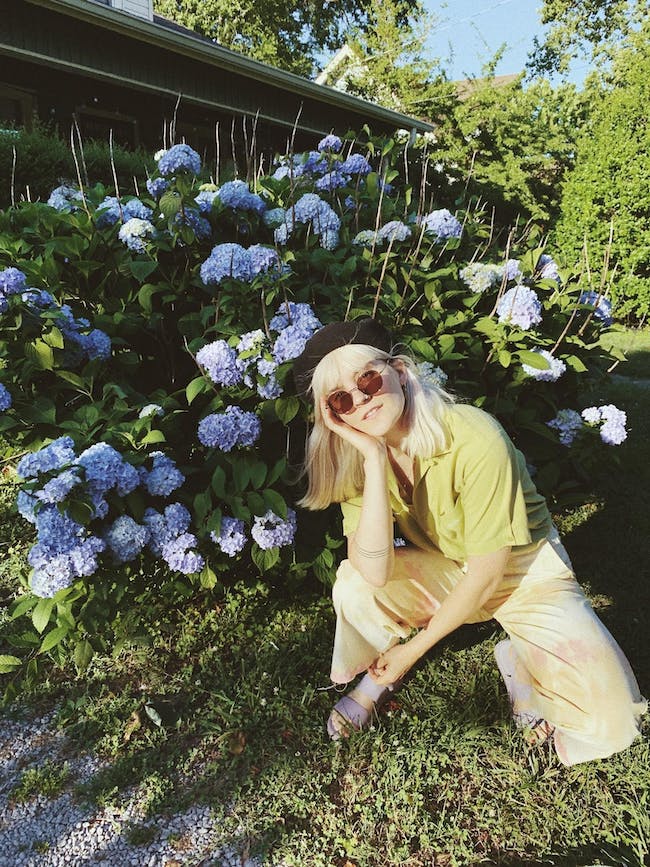 “Growing up, people would always say I was too happy to be depressed, or too social to have anxiety,” says Liza Anne Odachowski, the critically acclaimed songwriter better known these days by her stage name Liza Anne. “In their eyes, because I was one thing, I couldn’t also be something else. I think we all exist in duality, though. I can be everything and nothing all at once.”

Duality is at the core of Liza Anne’s arresting new album, ‘Fine But Dying,’ her debut release for indie powerhouse label Arts & Crafts. Synthesizing the elegant sincerity of Angel Olsen with the wry lyricism of Courtney Barnett and the unapologetic candor of Feist, the music is both tough and vulnerable, bold and withdrawn, a helping hand and a middle finger. Firing on all cylinders with distorted alt-rock guitars and explosive drums one minute, hushed and delicate the next, it’s an eclectic collection that reflects the messy complications of growing up in the modern age, as the 23-year-old grapples with the fallout of falling in love, reckons with the patriarchy, and stares down the panic disorder she refuses to let define her. ‘Fine But Dying’ is the sound of an artist taking total control of her life and her art, a proud misfit crafting an aggressively infectious kiss-off to an industry (and a society) that’s tried to box her in from day one.

“Being a young woman playing music in Nashville, everybody had their opinions of who I should be and what I should do next,” says Liza Anne, whose music is as decidedly un-Nashville as it gets. “They wanted me to be happier and softer and easier because people are conditioned to only experience women in entertainment as a force of goodness and kindness and light. But just because I’m a woman doesn’t mean I have to be soft and happy and nurturing all the time. It’s pretty inhumane to expect a human being to represent only one side of themselves. We embody too many contradictions.”

Sofia Bolt is the project of French-born guitarist, singer and songwriter Amelie Rousseaux. In early 2017, pent up in Paris and searching for transformation, Rousseaux moved to Los Angeles. Her first few months in LA were a revelation - she found herself surfing every day, reflecting on her relationship, and immersing herself in American culture and music. This shock to the system brought a creative blossom, and now she brings us the sweeping, beautiful, honest, and direct debut album Waves, out now on Loantaka Records.

Recorded live in a whirlwind five days by a cast of LA all-stars, Waves is at once casual and tightly constructed, with Rousseaux’s pop melodies leaping and diving over a bed of guitars and roomy drums. The dream team consisted of Van Dyke Parks, Emily Elhaj (Angel Olsen), Marian Lipino (La Luz), Bryant Fox (Miya Folick), and Itai Shapira (Rhye).