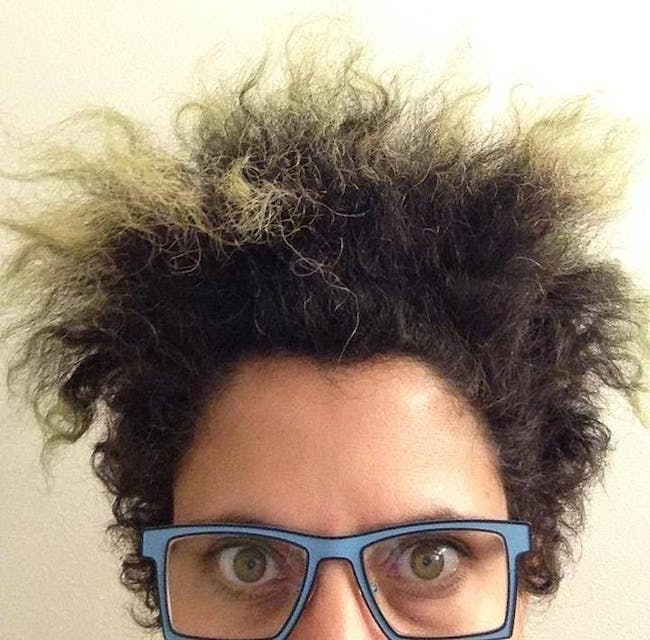 Kimya Dawson is a celebrated writer and singer of songs and an all-purpose force for good in the world. First making her artistic mark as half of the antifolk duo the Moldy Peaches, Kimya soon turned to solo work, where the twisted punchline poetry of the Peaches was deployed in the service of Dawson's gem-like personal narratives, creating such singular works as I’m Sorry That Sometimes I’m Mean (2002), My Cute Fiend Sweet Princess (2004), Hidden Vagenda (2004), Remember That I Love You (2006), and Thunder Thighs (2011), and earning her a 2009 Grammy for her work on the soundtrack for the film Juno. More recently, she joined forces with hiphop artist Aesop Rock to form the Uncluded, whose debut record Hokey Fright was released to critical acclaim in 2013. She frequently tours the world, often with her kid Panda by her side.

There's only two people in Shellshag. Shell and Shag. Shell plays guitar and sings while Shag plays drums standing up and also sings. She has bells sewn on her belt and ankles, so there's lots of frantic wiggling to coax the noise out of them. They both sing into a mic stand they built themselves that's shaped like a Y, so they face each other while they play. They're known for putting on shows that bring the house down, sometimes literally. You can always expect some crowd surfing, things being thrown across the room, and the singing along that sometimes threatens to drown them out. The end of their show usually results in the two of them either building a sculpture out of their instruments, amps, and themselves, or completely smashing Shag's drums. -Johnny No Pants Maximum Rock and Roll

Your Heart Breaks is a queer band based in Seattle, Washington. Originally founded by Clyde Petersen in Bellingham, Washington in 1999, Your Heart Breaks has toured the world for 20 years as both a solo performer and a large ensemble. Our new album, Drone Butch Blues is out on Sofaburn Records in April 2019.