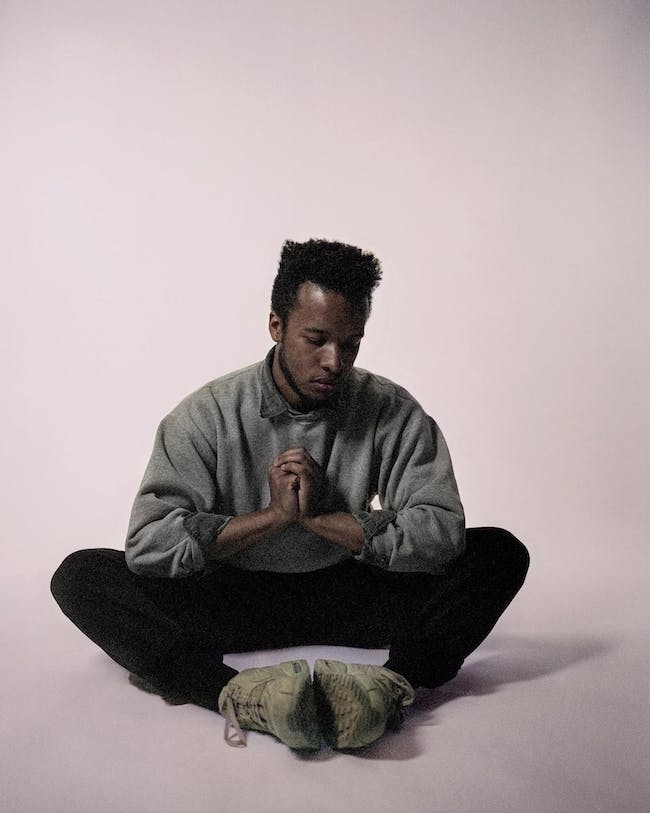 “Ever since I started playing music, it was always about the feel,” says Josh Karpeh, AKA Cautious Clay. “There are a lot of things in art that you can learn by practicing or studying, but feel’s not one of them. It’s something you’ve just got to have.”

It’s that feel, that deep emotional intuition that fuels Cautious Clay’s sound. Blending R&B, hip-hop, and experimental indie, his productions are dark and engrossing, built upon a unique combination of organic instruments, digital programming, and soulful vocals. He writes with unflinching honesty, engaging in deeply personal self-reflection with boldly vulnerable and vividly poetic lyrics. At times recalling contemporaries like James Blake or Sampha, Cautious is a profoundly modern songwriter and a forward- thinking producer, but he’s also steeped in the past, quick to cite Burt Bacharach as an idol and credit Stevie Wonder and Quincy Jones as ever-present influences in his artful arrangements.

“I used to think about songwriting and production as completely separate,” he explains, “but when I learned how to merge those two things, that’s when I was able to start creating music that really connected with people.”

Originally from Cleveland, OH, Cautious began his artistic journey at the age of seven when he picked up classical flute. His studies led him deep into the worlds of blues and jazz, and by the time he hit college in Washington, D.C., he’d added a number of other instruments to his repertoire in addition to songwriting and production. Now based in Brooklyn, Cautious is consistently working on music for both his own project and for others.

Remi Wolf is a crazy bih from the Bay area but is also hella nice and sweet sometimes but also likes to yell at people but has figured out that maybe instead of yelling at people she can just sing and scream at people on stage when she’s in the mood to make money and act like a daddy dom. Remi also occasionally hosts The Steve Harvey Morning Show and the nationally syndicated Family Feud, which is on its 43rd season. She also occasionally guest stars on the Jersey Shore as a Snooki body double. But seriously, shiiii, this bitch fucks tho. Also, I am this bitch, so damn, come at me bros, and carne asahhh dude. Single and not ready to mingle. Check the tunes and you’ll see why…scary shit, brother.