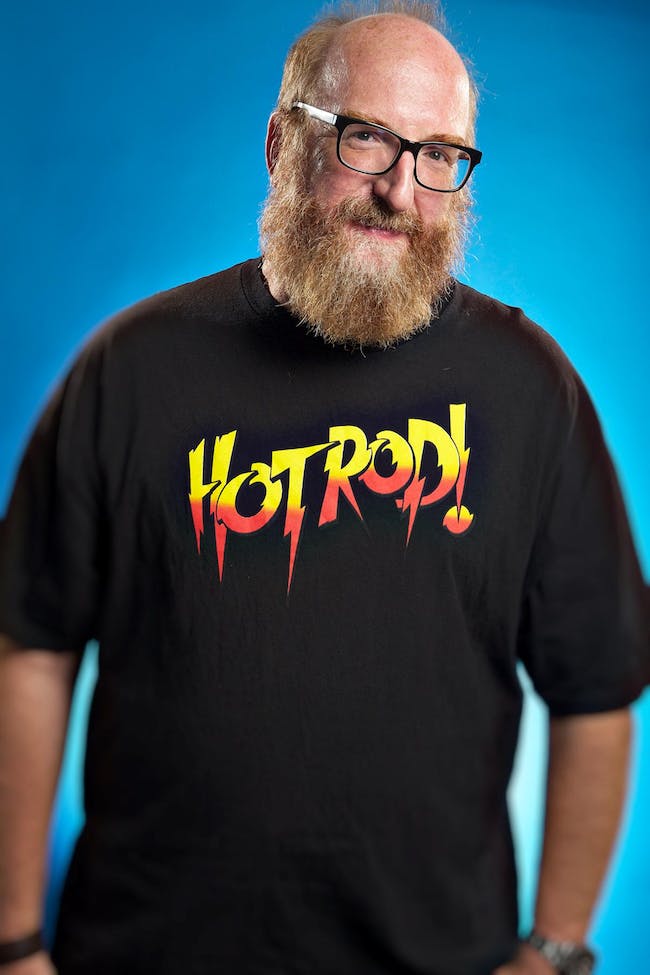 Comedian/actor/writer Brian Posehn always has a full plate in front of him. He released his debut memoir, Forever Nerdy, in 2018. Brian is constantly touring as a stand-up comedian in the best comedy clubs and rock venues in the country. 2013 marked the release of his first hour long special, The Fartist, through Netflix. His latest specials "25x2" and "Criminally Posehn" can be seen on SeeSo. He has a popular podcast, Nerd Poker, on the Earwolf Network.

Gibran Saleem was born in North Carolina and raised in Virginia in a Pakistani household. He started comedy while attending graduate school at New York University for Psychology. While attending school he was individually handpicked as an MVP nominee on the national TBS Rooftop Comedy College Competition and was a 2-time recipient of the UCB diversity scholarship.

Gibran is the only comedian to ever be selected, as a finalist for both the Stand-Up NBC and NBC's Late Night program; where he was 1 of 6 individuals hand selected over 1,000 submissions.

Gibran has been featured on MTV, TV Land, Popcorn Flix, PBS, CUNY TV, VOA, Elite Daily, and Cosmopolitan and performed his stand-up television debut on Gotham Comedy Live for AXS TV. He was the focus of an international documentary on NHK TV called Asian Dreamers: Brown is Funny and has been featured in festivals nationally across the states as well as winning 1st place in the Hoboken comedy festival. Gibran is a staple among college campuses and travels throughout the year. He can currently be seen on the latest season of Better Things on FX, created by and starring Pamela Adlon.